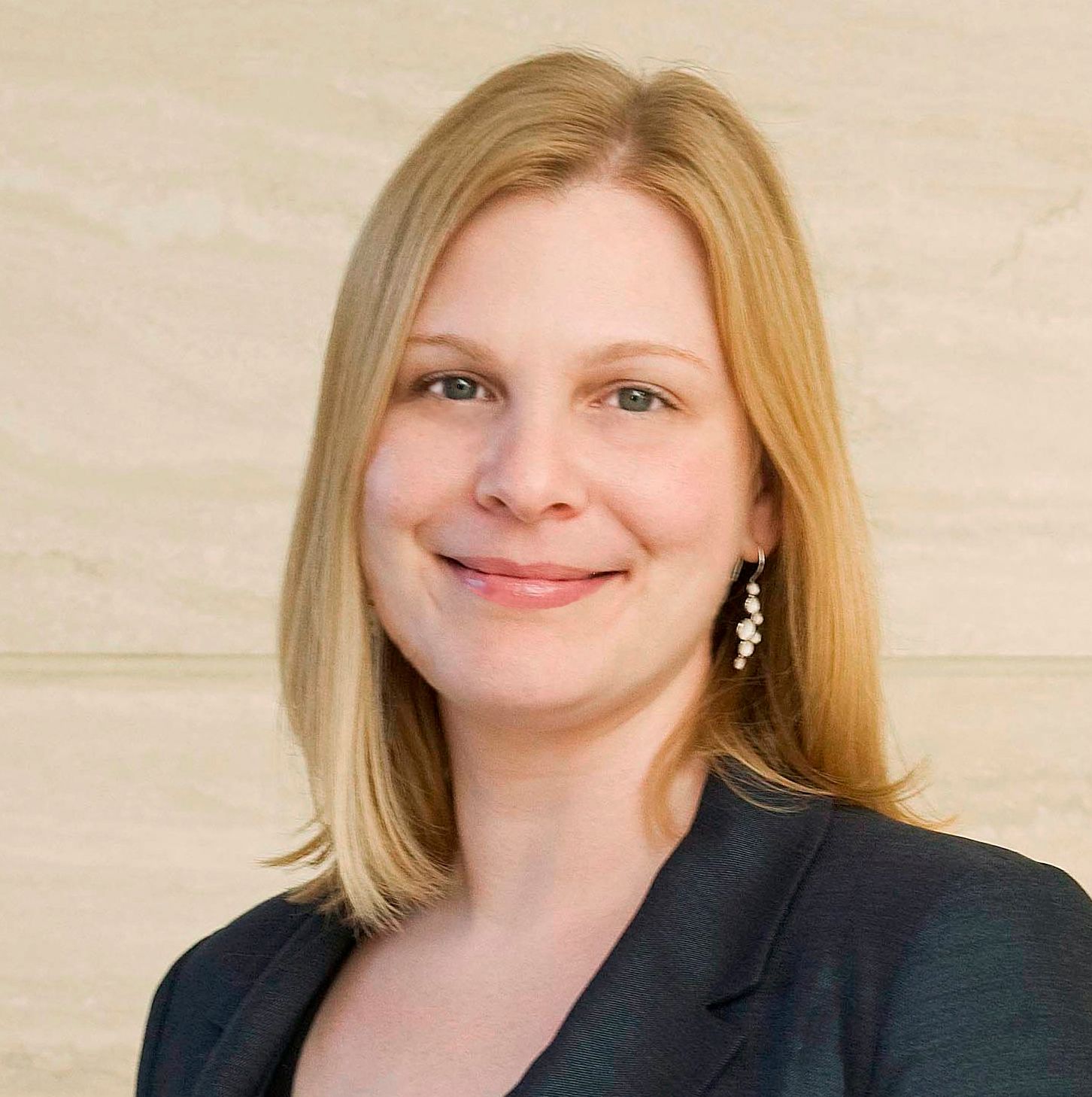 Jennifer Garrison, PhD has been an Assistant Professor at the Buck Institute since 2014, is co-Director of the Buck-USC Biology of Aging PhD Program, and is Faculty Director of the Global Consortium for Female Reproductive Longevity and Equality. Her research focuses on cracking the “black box” of how neuropeptides function in the normal and aging brain. At the Buck Institute, her lab studies how inter-tissue communication, specifically that mediated by the long-range secreted signals called neuropeptides, influences physiology and aging. Understanding how neuropeptide signaling systems are regulated in the brain, how they signal over long distances, and how they change over time is essential for the design of appropriate interventions to delay ovarian aging, to modulate age-related chronic and degenerative conditions, and to treat disorders characterized by behavioral dysfunction.

Dr. Garrison received her BA in Molecular Cell Biology from UC Berkeley, completed her PhD at UCSF in Chemistry and Chemical Biology where she was an ARCS Scholar, and completed a postdoctoral fellowship in Neuroscience at the Rockefeller University. She is the recipient of many awards, including a grant from the National Institute of General Medical Sciences for $2.5 million (dubbed MIRA for “Maximizing Investigators’ Research Award”); was named an Alfred P. Sloan Research Fellow; and received the Glenn Foundation Award for Research in Biological Mechanisms of Aging. She has also been a member of the Next Generation Leaders Advisory Council at the Allen Institute for Brain Science since 2015. 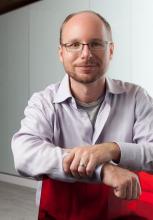 Dr. Jeremy Reiter graduated magna cum laude in Biochemistry from Yale College and completed his PhD and MD in the combined program at UCSF. In 1993, as a young scientist at UCSF, he was an ARCS Scholar; since then, he has mentored many young scientists, including other ARCS Scholars. He has received multiple academic awards, including the Presidential Early Career Award fro Scientists and Engineers, the R.R. Bensley Award in Cell Biology and the ARCS Distinguished Scholar Alumni Award. His current research focuses on how cilia sense cues from other cells to pattern tissues during embryonic development. He and his partner have three children and live in Berkeley. 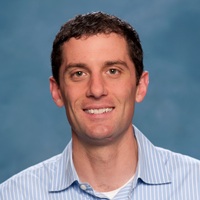 Timothy C. Dunn, PhD, joined Abbott in 2006.  He is an Associate Research Fellow for Abbott Diabetes Care, focusing on products for people with diabetes and their care providers.  His major areas of expertise are signal processing, system design, and clinical research data analysis.  He has been a key contributor to the development of the data processing algorithms for Abbott’s FreeStyle® Navigator continuous glucose monitoring system.  He has presented at several international conferences about the trends and patterns revealed around meals for people with diabetes using the FreeStyle® Navigator device, and their potential impact on therapy choices.  Currently he coordinates a cross-functional team to develop analysis software to aid clinicians and patients link diabetes treatment decisions with glucose monitoring results.

Dr. Dunn earned his doctorate in bioengineering from the Joint Graduate Group in Bioengineering at University of California Berkeley and University of California San Francisco, received a Management of Technology certificate from the Haas School of Business, and was an ARCS Scholar 2001-2003.  His undergraduate degree from Brown University in biomedical engineering was awarded with honors.  Prior to graduate school, he was a research engineer with Cygnus, as a team member that developed the first continuous, non-invasive glucose monitoring device to receive Food and Drug Administration clearance. 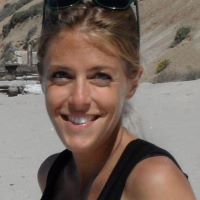 Jenny Jacox, an ARCS Scholar alumna from the Department of Ocean Sciences at the University of California, Santa Cruz, has a background in identifying and understanding the environmental factors which cause harmful algal blooms (HABs) along the central coast of California. Jenny chose this field of study because it allowed her to both practice research science and facilitate its 'real-world' application; HAB research has broad implications in sectors such as environmental policy, public health protection, and community economics. She began her graduate work with Dr. Ralph Kudela at UC Santa Cruz by assuming ongoing phytoplankton monitoring at Santa Cruz Wharf. Her monitoring ‘bloomed’ into a public reporting site and, subsequently, a statewide monitoring and reporting network. After earning her PhD, Jenny worked at the intersection of science-informed-policy and management at the San Francisco Bay Conservation and Development Commission. 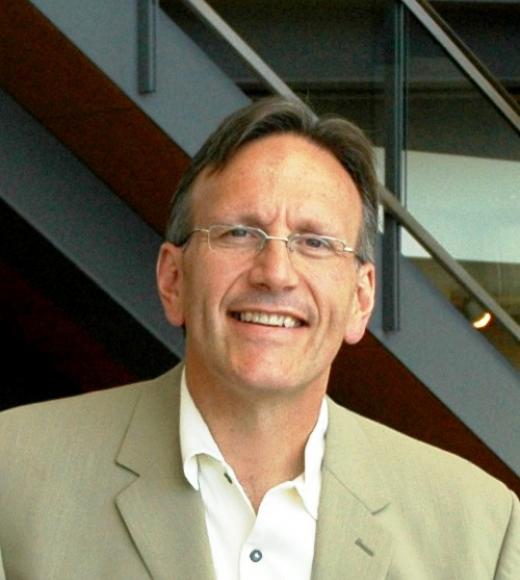 George R. Mangun, ﻿of the Division of Social Sciences at UC Davis, and Professor of Psychology and Neurology, an international leader in cognitive neuroscience, received his Ph.D. in 1987 from the University of California, San Diego. He began his professorial career in 1990 at Dartmouth College and Medical School in the Program in Cognitive Neuroscience, where he also served as director of the graduate program. In 1992, he joined the Psychology Department at UC Davis as one of the founding faculty members of the Center for Neuroscience. He taught sensation, perception and cognitive neuroscience, developing new courses at the undergraduate and graduate levels, and serving as head of the Perception and Cognition Area of the Psychology Department.

In 1999, he was tapped by Duke University to found and direct the interdisciplinary Center for Cognitive Neuroscience. At Duke, he established one of the nation’s most prominent programs for the study of the human brain and mind, recruiting award-winning scholars and developing a strong new graduate training program in cognitive neuroscience. Mangun was recruited back to UC Davis in 2002 to found the Center for Mind and Brain, a major new campus initiative, which he directed until 2009. The center now comprises seventeen faculty laboratories that are supported by more than $16 million in federal and private grants addressing a range of scientific questions at the cutting edge of mind and brain research in health and disease (see http://mindbrain.ucdavis.edu/). 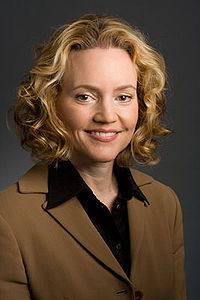 Kim Polese was an ARCS Foundation Scholar while she earned a B.S. in Biophysics at the University of California at Berkeley in 1983. She established her professional reputation as Product Manager for Sun Microsystems, Inc. and was a major player in the development and marketing of its Java programming language. She served as Chairman and Chief Strategy Officer of Marimba, a leading provider of internet infrastructure management solutions, which she co-founded in 1996. Currently as CEO of SpikeSource, she is responsible for guiding the company's business vision, whose goal is to enable businesses to harness the power of open source as a flexible, reliable and cost-effective solution for business-critical needs.

Chris McCarthy graduated from the University of California at Berkeley in 1991 with majors in Astronomy and Physics and received a Master's in Physics in 1995. It was at SFSU that he began his search for planets under the direction of Professor Geoff Marcy. His research project, supported by ARCS Foundation, helped astronomers to precisely measure the subtle motions of stars with planets, in spite of the complicating motion of our own swiftly turning Earth. After receiving a Ph.D. in Astrophysics from UCLA, he returned to the planet search team, working first with Dr. Paul Butler at the Carnegie Institution of Washington (DC), and later with Professor Debra Fischer at San Francisco State University. His current project is SIM/PlanetQuest, a future NASA mission capable of detecting planets like Earth.