ARCS Foundation Scholar Alums, We’d Like to Hear from You!

You are a vital part of our mission. Your stories encourage current scholars and help us attract new funding for future scholars.

Stay involved with ARCS Foundation members and other scholars if you have moved to the Bay Area or want to give back in any way, including speaking about your research at an ARCS Foundation event.

Let us know how you would like to participate in carrying ARCS® Foundation, Inc. work into the future: ncalifornia@arcsfoundation.org.

To notify the Northern California Chapter that you are in the area, please email or write to us at the above address. To update your information, use the Member & Scholar Login to access your account. To learn more about speaking at or hosting an event, click here.

Keeping Up With ARCS Scholars 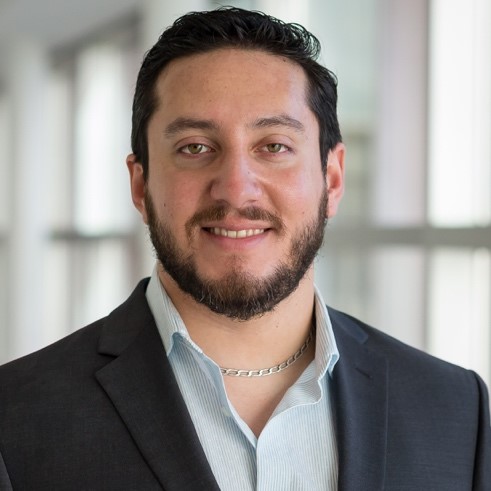 David is an engineer, scientist, and entrepreneur who received his PhD in Aeronautics & Astronautics from Stanford University in 2018. His passion for deep tech and the development of energy-saving technologies to help the environment and the economy led him to his current position as co-founder and CEO of Aeromutable Corp., a trucking tech company bringing aerodynamic solutions for semi-trucks. Aeromutable has received multiple awards, including the Technology Transfer grant from the Stanford TomKat Center for Sustainable Energy, Chain Reaction Innovations US Department of Energy lab embedded entrepreneurship fellowship, first place at the 2020 Cleantech Open Regional pitch competition, and second place in the 2020 Cleantech Open National pitch competition, as well as a National Science Foundation SBIR grant.

David feels fortunate to be working towards developing technology that contributes to decreasing greenhouse gas emissions and increasing the profitability of the trucking industry. He is grateful for the team of amazing people that have contributed to this endeavor:  an amazing co-founder, smart and hard-working contractors, and interns, and an incredible group of advisors. Outside of work and research David enjoys spending time with his family, visiting the San Diego Zoo, and exploring other pet and kid-friendly amenities in the San Diego area.

Of his ARCS Scholar Award, David says: “The support from ARCS afforded me the freedom to explore the use of computational tools to better understand the aerodynamic structures and overall behavior of ground vehicles. This unique opportunity allowed me to identify a technological gap in heavy-duty transportation and increased my interest in the industry. ARCS support during my PhD contributed towards my desire to start Aeromutable and helped me increase the impact my PhD research has had.”

David graduated in 2011 from UC Davis’s Department of Transportation Technology & Policy. His Ph.D. research explored pathways for deep decarbonization of the California, US, and global energy systems with particular emphasis on the synergies and trade-offs of transitioning these systems from fossil fuels to lower-carbon sources -- for example, on the dimensions of energy security, air quality and health, energy poverty, and system costs. His current role is Principal Technical Leader in the Energy Systems and Climate Analysis Group at the Electric Power Research Institute (EPRI) in Palo Alto , where his research attempts to inform national, regional, and global energy and environmental policies on matters related to, among others, electrification, low-carbon transport, sustainable development goals, and financing needs for the energy system transformation. Before joining EPRI in 2019, he was a Senior Research Scholar with the Energy Program at the International Institute for Applied Systems Analysis (IIASA) in Laxenburg, Austria.

Having lived and worked outside the US for much of his post-Ph.D. career, David is happy to have built up an international network of collaborators and friends, and notes that “it is now gratifying to be able to impart a sense of internationalism to my young children, who are already far more worldly than I ever was as a kid.”

Reflecting back on his ARCS award, David says “The ARCS Fellowship provided an important boost to my academic career at a critical time. It allowed me to focus solely on research during the final year of my Ph.D. dissertation, particularly my collaboration with IIASA in Austria. That then led to a full-time research scholar position at IIASA after graduating, a role that was formative for my international research career.” 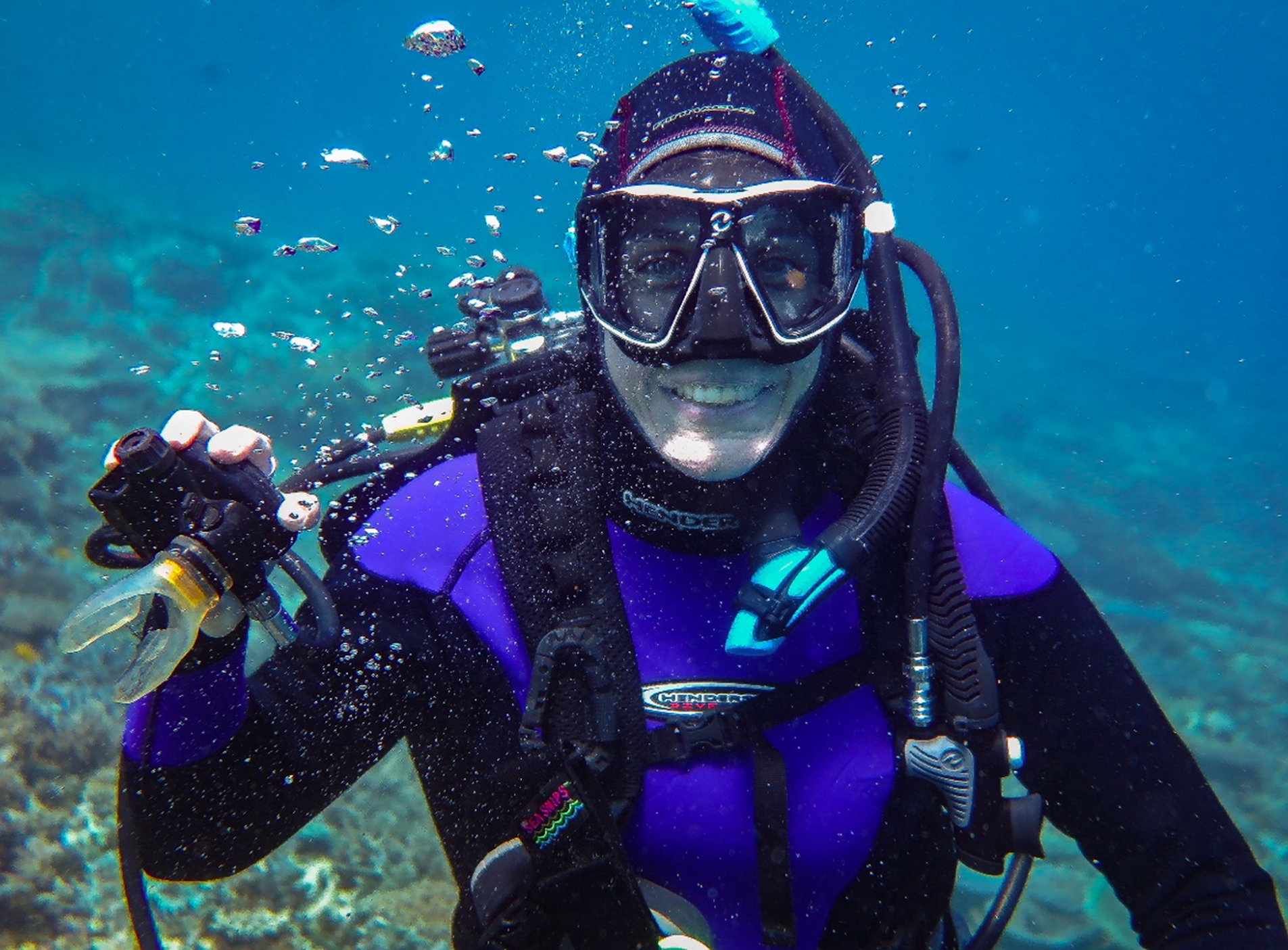 Dr. Fox, a UC Berkeley ARCS alum, has more than 20 years of experience working at the boundary of science and conservation, with geographic expertise in Indonesia and the Coral Triangle. Her work includes investigating links between marine protected area (MPA) management and governance, ecological impacts, and human well-being. She has received numerous grants and awards, authored more than 40 scientific publications, logged more than 1,000 dives, and once lived underwater for 10 days in the Aquarius habitat.

Dr. Fox did her PhD investigating coral reef recovery and rehabilitation from destructive fishing in Indonesia. She did most of her fieldwork in Komodo National Park, collaborating with the Park authorities and The Nature Conservancy. Blast fishing (homemade bombs that when detonated would kill fish and shatter coral skeletons) was illegal but had been common until stopped with better management, including patrols. Chronic, large-scale blasting had transformed beautiful, complex reefs into flat, mostly lifeless rubble fields. Her research showed how natural coral recovery was prevented by the shifting rubble in the water currents burying or abrading new coral recruits. She also developed low-tech, locally available coral reef rehabilitation options, scaling up the most successful approach.

Of her ARCS experience, Dr. Fox says, “I am so grateful for the ARCS Foundation award: it was my first research grant, and as such was a tremendous help in getting my research in Indonesia started. It allowed me to take my first field trip, develop my hypotheses, set up initial research plots, try out survey methods, and collect pilot data. I am convinced that it was being able to make this initial trip that led to my future funding success, as I received several grants after the ARCS fellowship.” 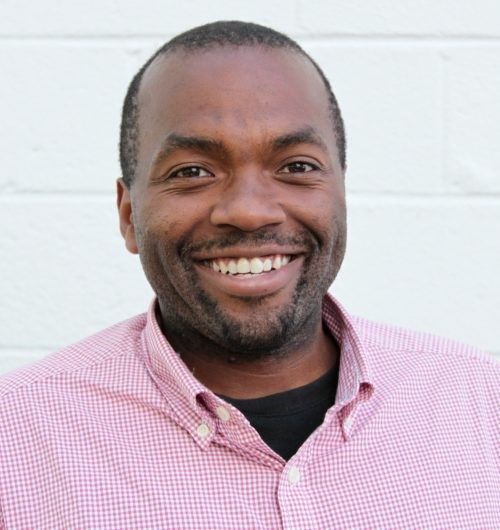 A 2013 ARCS Scholar and alum of the Science Communication program at the University of California, Santa Cruz, Nsikan is the health and science editor for New York Public Radio. Before joining WNYC, he was a science editor at National Geographic, where he led the science desk's coverage of the COVID-19 pandemic. Prior to that, he worked as the digital science producer for PBS NewsHour, where he co-created the YouTube series ScienceScope. He has also worked for Science Magazine, Science News Magazine, and NPR. His reporting has garnered an AAAS Kavli Science Journalism Award, a George Foster Peabody Award, and an Emmy Award for News & Documentary. Before journalism, he earned a doctorate in pathobiology from Columbia University, where he studied neurological conditions like stroke and Alzheimer's disease. His research pursuits also touched on infectious disease.

Nsikan says, “The ARCS award laid the foundation for all of my professional success. When I applied to the Science Communication program at the University of California, Santa Cruz, I had recently finished my doctorate--in other words, I was fairly broke. I wouldn't have been able to afford the program without ARCS support and my program director Rob Irion, who pushed me to apply. Besides the financial assistance, I enjoyed meeting the other ARCS scholars at the annual banquet and hearing about their amazing science journeys.”

Asked to describe one life accomplishment he’d like to share with young ARCS scholars and the ARCS Foundation, Nsikan replied that while working as a science producer for the PBS NewsHour, he traveled about 1,000 feet underwater off Bermuda's coast for a story about climate change and coral migration, adding that “It was the coolest experience of my life.”
https://youtu.be/oQUSmAXxXRk
https://www.pbs.org/newshour/science/great-migration-save-coral-bleaching

"If you’ve been to San Francisco Bay recently, you’ve probably noticed the posted fish consumption advisories.  One of the reasons that people are warned to limit their consumption of fish from the San Francisco Bay is the high concentrations of mercury that can be found in some fish, particularly large fish at the top of the food chain.

Despite the high concentrations of mercury in the fish, little is known about how mercury enters the food chain.  The first, and most critical step, is the transfer of mercury from water to phytoplankton, which are the microscopic algae at the base of the marine food chain. My current research focuses on this first step, where phytoplankton can concentrate mercury by up to 100,000 times the levels found in the water.

I’m very excited to have the opportunity to study mercury pollution as a postdoctoral researcher.  I am currently collaborating with two different research groups, one at Stony Brook University in New York and the other at the United States Geological Survey in Sacramento.  Upon completion of my postdoc, I am planning to apply for academic jobs with a combination of teaching and research.

Getting my current position would not have been possible without the support I received along the way.  ARCS Foundation supported me as I finished my M.S. in Marine Sciences at the University of California, Santa Cruz (UCSC).  After completing my M.S., I went on to earn a Ph.D. in Environmental Toxicology, also from UCSC.  Those were some challenging years for me, and every bit of support that I received helped me finish graduate school.

Now, as a woman in a male-dominated field, I hope that during my career, I can both make important scientific discoveries and also make the field more accessible to women and other underrepresented groups.  By funding scientists as they struggle through graduate school, ARCS Foundation has taken a vital step in this direction. I thank ARCS Foundation for the support that I have received and for making it possible for more people to become scientists."