ARCS Northern California Chapter President MJ Whitehouse, MD says, “Our goal for the coming year is to maintain support in excess of $1M, in spite of the pandemic. I call us ‘ARCS Angels’ because we’re angel investors in young scientists, who are ‘The Minds of the Future’. Our support helps to keep the STEM pipeline full.”

“Since 1958 ARCS Foundation has contributed to keeping the nation globally competitive by investing in the best and brightest young scientists. We are proud to see these scholars complete their degrees, go on to start companies, make life-changing discoveries, and train the next generation of scientists,” said ARCS Foundation National President Sherry Lundeen.

ARCS Northern California Chapter has made an impact on science on a national and global scale. This is evidenced by the careers of ARCS Scholars it has funded. ARCS Alumna Kim Polese, was the founding product manager of Java in 1995 and named to TIME magazine’s list of “25 Most Influential Americans.” In 2011, Polese was selected to join then-President Barack Obama’s Innovation Advisory Board. Also on the chapter’s success list of scholars are Barbara Jacak, PhD, Director of Lawrence Berkeley National Laboratory’s Nuclear Science Division and a Distinguished Scientist Fellow with the US Department of Energy’s Office of Science; and Jeff Dlott, PhD, founder of SureHarvest, which has developed leading-edge software products that reshaped California’s sustainable agriculture system. In 2011, Dlott was appointed to chair the state’s Environmental Farming Act Science Advisory Panel.

“We look forward to the next 50 years—investing in young scientists, keeping the STEM pipeline full, and advancing science in America,” Dr. Whitehouse stated. “Our chapter is a community of women who are committed to supporting these young scientists. ARCS member Kendra Kramlich, summed it up perfectly: “We need to support science as if our lives depended on it—because they do!”

ARCS Northern California Chapter plans to host the 2021 Scholar Symposium on Monday, April 26, as a virtual event. The Symposium will feature a scholar panel and research by 79 ARCS Scholars in STEM and medical research. The keynote speaker will be Jennifer Doudna, PhD, co-recipient of the 2020 Nobel Prize in chemistry.

About ARCS® Foundation: ARCS Foundation is a national nonprofit volunteer women’s organization that promotes US competitiveness by providing financial awards to academically outstanding US citizens studying to complete degrees in science, technology, engineering, mathematics (STEM), and health disciplines at 49 of the nation’s leading research universities. The organization has awarded more than $120 million to more than 10,900 scholars since 1958. ARCS Foundation Scholars have produced thousands of research publications and patents, secured billions in grant funding, started science-related companies, and played a significant role in teaching and mentoring young people in the STEM pipeline.

More information is available at arcsfoundation.org.

Click here for more information on the 2021 Symposium and to register for the event. 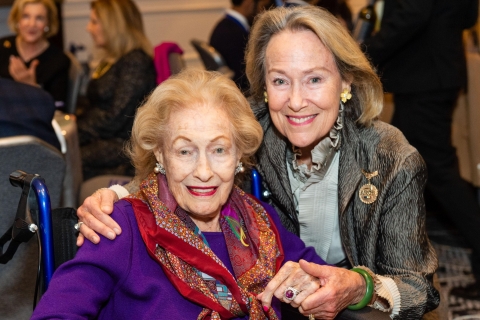