LaGrange, GA. February 10, 2020 – At the National Board Meeting in Tempe, Arizona, ARCS® Foundation announced that Dr. Jessica Meir, NASA Astronaut and researcher, has been selected for membership into the respected ARCS Alumni Hall of Fame. At age 42, Meir is the youngest inductee to date. Meir is a member of NASA’s Expeditions 61 and 62. Since her arrival at the International Space Station (ISS) in September 2019, Meir has been performing cutting-edge research that will enable long-duration human space missions.

Members of the Hall of Fame are ARCS Scholar Alumni who have made outstanding contributions to the advancement of science and increased our nation’s scientific competitiveness. Meir’s ISS research includes the effects of microgravity on biological clocks, DNA repair mechanisms, and growing Mizuna mustard greens for sustainable in-space agriculture. Her work in these areas will benefit future NASA missions like the Artemis Program, which aims to land the first woman and the next man on the moon by 2024.

On October 18, 2019, Meir was one of two women to experience the first all-female spacewalk to replace a vital, but malfunctioning, power source on the ISS. This historic event was broadcast live around the world drawing attention to US scientific capabilities. Though already a pioneer for science, this event propelled Meir forward as a national inspiration for women who pursue STEM.

Upon receiving the announcement of her membership in ARCS Hall of Fame, Meir acknowledged the honor from Space aboard the ISS saying via Twitter, "Thank you @ARCSFoundation. I'm honored. Science and exploration are only possible with robust support and consistent opportunities - thank you for enabling graduate students across the nation."

Meir was sponsored as an ARCS Scholar by ARCS Los Angeles Chapter from 2007-2009 at Scripps Institution of Oceanography, University of California San Diego, where she received her PhD.

ARCS Hall of Fame members are selected by a panel of ARCS Foundation national advisors and board members. Selection is based on alumni contributions in the areas of scientific innovation, discovery, economic impact, development of future scientists, and communication of the importance of US scientific superiority.

"Today we welcome Jessica Meir into the ARCS Alumni Hall of Fame", said Sherry Lundeen, National President of ARCS Foundation. "The launch of the spacecraft Sputnik in the Soviet Union in 1957 was a call to action from a small group of women committed to the common mission of advancing science in America. Through their commitment and dedication, ARCS Foundation was established a year later, and since that time, it has not lost sight of that early vision. Jessica truly exemplifies the impact ARCS Foundation has had on American innovation since its inception in 1958. We are extremely proud of Jessica’s achievements and her validation of the ARCS mission."

Meir is the eleventh inductee into ARCS Alumni Hall of Fame and joins the company of other outstanding alumni who received ARCS Foundation Scholar Awards to support their education in past years. 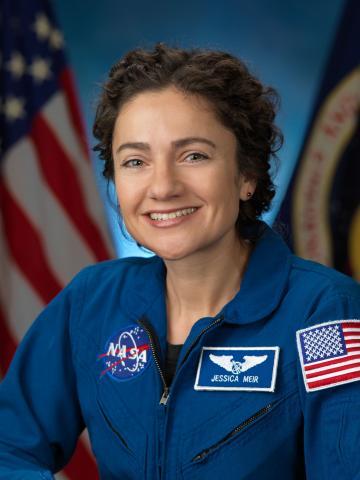