Christopher “Chris” Carlson is a fifth-year graduate student at UCSF. He grew up in the suburbs of Los Angeles and came to UCSF to study how cells divide. More specifically, he was interested in how our DNA (our genetic information) is accurately passed from one generation to the next. Chris’s project was humming along until the onset of the pandemic where all non-COVID-related research was shut down indefinitely and he was confined to a 250 square-foot studio apartment. As Chris puts it, “I do not do well when I have nothing to do and no one to see.” So he spent about a week learning everything he could about coronaviruses and became fascinated by a fundamental problem that seemed unexplored: how do coronaviruses package and unpackage their RNA (their genetic information)? With support from his boss and collaborators at UCSF, they were able to submit findings to be published after just three (very busy) months. Chris is now following up on results from the original study to further understand how SARS-CoV-2 packages its RNA at the atomic level.

Outside of the lab, Chris spends most of his time running through Golden Gate Park, reading, playing with his cat, sipping coffee, or cooking with friends. He hopes to one day run his own lab to study how viruses in general package their genetic information. Ideally, this knowledge could inform the design of novel therapeutics that target an untargeted viral vulnerability. 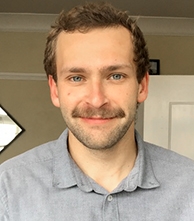