Victoria, a current ARCS Scholar and PhD candidate in the Department of Electrical Engineering at Stanford University, spoke to ARCS members at the General Meeting on September 15, 2021, via Zoom.

Victoria is investigating novel materials for thermoelectric energy harvesting. She explained briefly, though succinctly, what this is and why scavenging waste heat is important as an approach to fulfilling the world’s growing energy needs. She pointed out that thermoelectrics is very inefficient and primarily used in only niche applications. (For example, it is part of the Curiosity Rover currently exploring Mars.) Due to their unique physical properties, two-dimensional (2D) materials that consist of sheets of atoms arranged in ordered layers are especially promising as efficient thermoelectric harvesters. These materials are the focus of Victoria’s research, a major aspect of which involves fabricating test structures and characterizing these materials. Potential uses include powering wearable devices and capturing car engine heat.

A native of Portland, Oregon, Victoria has always had a scientific bent. Her father, a mechanical engineer in the semi-conductor world, encouraged her to pursue her passion that began to take focus when she was in high school. Robotics was the trigger that led her to electrical engineering. She’s also intrigued by nanomaterials. Another hat:  She serves as the Atomic Force Microscope Instrument Manager at the Stanford Nano Shared Facilities.

Victoria chose Stanford because it’s a beautiful campus with great experimental facilities and wonderful expertise available. For recreation, she likes to run, and she’s mastering making espresso along with the foamy milk art that tops a good latte. Victoria’s younger sister is in aerospace, so scientific minds run in the family! 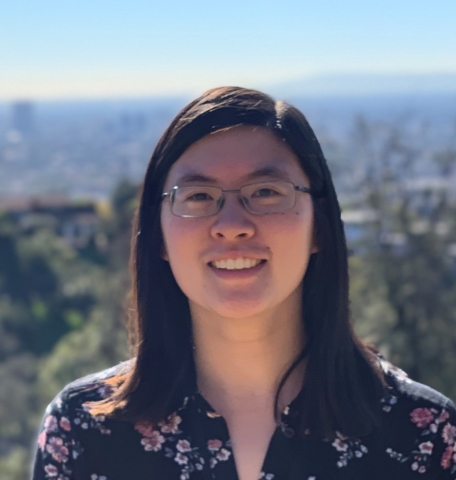