Our kick-off event on September 9 featured Michael S. Malone, MBA, American author, 4th generation journalist, editor, investor, businessman, television producer, and Distinguished Friend of Oxford. Malone, currently a columnist for the San Jose Mercury News and ABC News, an op-ed contributor for The Wall Street Journal, a contributing editor to Wired, and the editor-in-chief of Edgelings.com, a website focused on business and technology news in Silicon Valley, spoke on the topic of “Silicon Valley: Past, Present, Future.”

Chapter member Linda Millard introduced Mr. Malone, noting that Herodotus, the Greek writer and “Father of History”, would have enjoyed learning from Mike as he is considered one of the world’s leading authorities on the development of the Valley, from orchards to silicon. Mike is also well known to our chapter for moderating a scholar panel for us in 2014, and writing an op-ed piece for the Wall Street Journal about the importance of ARCS and our support of graduate students in STEM Fields.

Malone said he was glad to be back to talk about his “home town” where he has lived since 1963. He took us back to the turn of the last century when the area now known as Silicon Valley was mostly grasslands punctuated by Indian burial mounds. By 1930, the valley was filled with orchards – more than 1 billion fruit trees! After WWII, GIs who had shipped out from San Francisco returned to California, joining aerospace and engineering companies. Those GIs included Bill Hewlett, David Packard, the Varian brothers, and Robert Noyce, among others. The result was a concentration of 30-year-olds who were brilliant engineers, innovators, and hard workers.

In 1976, Apple was founded by Steve Jobs, Steve Wozniak, and Ronald Wayne, creating an explosion of consumer products including the personal computer and the iPhone. At this point, the Valley covered much of the Peninsula, from Palo Alto to Sunnyvale, Cupertino to Mountain View.

In the 1980s, computer science was an emerging field and led to the invention in 1990 of the World Wide Web, which has had a revolutionary impact on culture, communication, and technology. Hundreds of new software companies were founded and coders replaced engineers as the “kings” of Silicon Valley. Coders were a “different breed” – usually younger and single who liked living in San Francisco – whereas the engineers were generally married with families and living on the Peninsula. Social media emerged with the founding of Facebook, Twitter, and LinkedIn.

Today Silicon Valley extends from the city of San Francisco to Cupertino and Sunnyvale. It is no longer spreading out but building UP, with high rises, traffic jams, and housing prices that astonish even the 1%. The climate remains a big pull and the culture remains casual. It is hard to describe the magic of the Valley. Malone said, “There is no place in the world that can match Silicon Valley - not Seattle, Austin, Houston, Boston.” He noted that Silicon Valley keeps reinventing itself and he predicted it will continue to do so. He attributed some of its success to its proximity to Stanford and UC Berkeley, as well as UCSF, UC Davis, UC Santa Cruz, the state and Catholic universities, and our community colleges. Together these institutions graduate the future employees of the companies flourishing here.

Malone characterized the Valley as the triangle created by Highways 280, 101, and 237, but noted that the center of gravity is shifting to San Jose. He said that between Google and Intel, “every crane in Northern California is being used in San Jose.” Malone observed that with the “high cost of living and the pandemic enabling remote work, people are leaving the Valley, cashing out, looking for a better quality of life.” He also spoke to the concentration of venture capital in the Valley that has nurtured the entrepreneurial culture. He predicted that the big changes will come from robotics, artificial intelligence (AI), and drones, with Zoom enabling communications across long distances. He also predicted that company headquarters will remain here and employment will shift to “gig jobs”.

Malone believes that tech companies can become too big and when they do they crush the competition and stifle innovation. He thinks the Valley will continue to be the place where people think BIG – sometimes crazy – thoughts to find solutions to feeding the world’s hungry, extending literacy, and reducing poverty.

Nancy Mueller thanked Malone for an amazing and inspiring presentation. A lively Q&A followed. If you missed this talk, please check out the recording posted on the ARCS NCC YouTube channel: https://youtu.be/ZtocaOmLeEM

You can read more about Malone’s take on Silicon Valley in his recently re-released book: The Big Score: The Billion Dollar Story of Silicon Valley by Michael S. Malone (hardcover, July 2021). 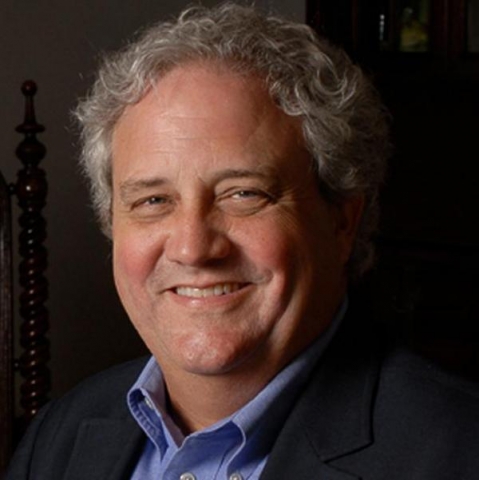