ARCS NCC member Nancy Mueller “discovered” Elizabeth Hadly, Ph.D., Professor of Biology at Stanford, while watching a documentary by David Attenborough, and immediately contacted her about being a speaker for one of our monthly conversations on science. Dr. Hadly (“Liz”) is described as a global change scientist for the past four decades. She studies the links between ecology and evolution, combining field and laboratory approaches in her research lab at Stanford. She agreed to speak to ARCS NCC on “Species Extinction – The Anthropocene”.

[NOTE: the Anthropocene is a proposed geological epoch dating from the commencement of significant human impact on Earth's geology and ecosystems, including, but not limited to, anthropogenic climate change. It has yet to be recognized officially by international geologic organizations but is generally agreed to start about 1950.]

Liz presented at least 4 key facts per minute, including:

She talked about using analysis of cores from the Searsville Lake on the Stanford campus that capture 127 years of sediment that is deposited at 5-10 cm per year. The core provides evidence such as the appearance of mercury – a very toxic heavy metal used in gold and silver mining from 1848-1855 – that never goes away but instead is stored in vegetation and released into the atmosphere during fires. These cores are like chemical signatures of climate in our backyard.

Liz emphasized the critical relationship among the increased global population, the clearing of land for food production, the decreased habitat for many species, and the increase in disease transmission from animals to humans and from humans to animals (zoonoses). She also linked these changes to species extinction – from birds to pollinators such as monarch butterflies to fish and mammals such as the elephant. In fact, wildlife populations declined by more than 50% from 1970-2016. She emphasized that the loss of pollinators is a huge threat to food production in the near future. She sees the loss of biodiversity as an unrecognized complication of the climate crisis. She acknowledged that these findings are pretty depressing and tried to end on a positive note, citing the October 7 Executive Order signed by California Governor Newsom to protect 30% of state lands and waters by 2030.

Dr. Hadly did a superb job in fielding the many questions from ARCS members and friends. She received a virtual standing ovation. 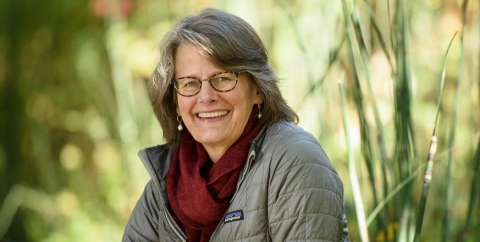